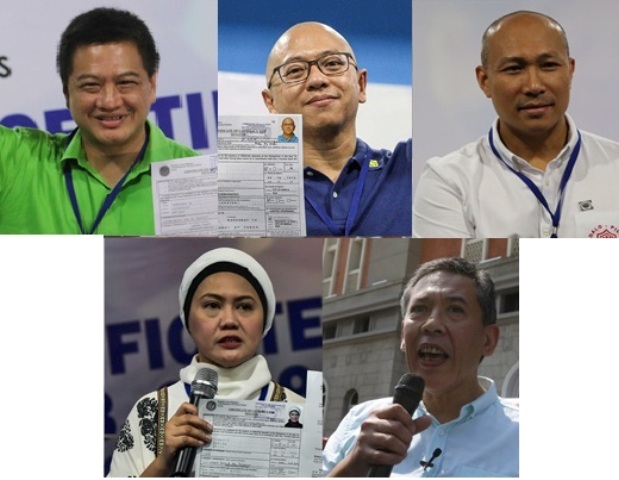 Five members of the opposition coalition said the Duterte administration should focus on easing the prices of basic commodities and the burden of poor, suffering Filipinos instead of Charter change or arguing over pork barrel issues.

Lawyers Florin Hilbay and Chel Diokno, ex-Quezon congressman Erin Tañada, Magdalo Rep. Gary Alejano, and Samira Gutoc, who are all senatorial bets for the 2019 polls, said this in reaction to the P55 to a dollar forecast.

Diokno, a human rights lawyer, said the current administration may be “out of touch” with what is happening in the country, after he claimed it knew the “indicators” but it still “failed to enact safeguards that will protect our citizens, especially the poor.”

“It pushes for costly programs like Charter change while the real concerns of ordinary people are being ignored. And to top it all, it is imposing a higher excise tax on oil, which will greatly affect prices for everyone,” he said.

Hilbay, a former solicitor general who grew up poor in Tondo, pointed out how the government leaders seemed indifferent to the impact of weakening peso to Filipinos. “It’s hard to listen to the cries of hungry and poor Filipinos when politicians enjoy so much pork barrel,” he said.

Hilbay previously said “no” when asked if he will partake of pork barrel if elected in the Senate.

Gutoc, a Maranao civic leader who opposes the imposition of martial law in Mindanao, raised concerns that the depreciation of peso will lead to rising prices of fuel and consumer products.

“Every centavo of increase pains our countrymen, who only have enough for fare, food, and other needs. We hope those in government are able to see this,” she said.

London-based research firm Capital Economic said it expects the Philippine peso to weaken to 55:$1 next year due to a wider trade deficit, driven by the government’s infrastructure program.

Tañada, another opposition senatorial bet, recalled that the peso’s value did not fall this much during the previous administration. “Do you still remember when the peso was 42 to a dollar? That was in 2012. Government officials should really focus on the basic economic indicators,” he said.

Alejano is concerned over the effect of the peso fall on the government loans with China. “We have been borrowing from China left and right, and with the fall of the peso, we will sink deeper into debt paying for higher interest rates,” he said.