Managers may be wrong again on oil proces 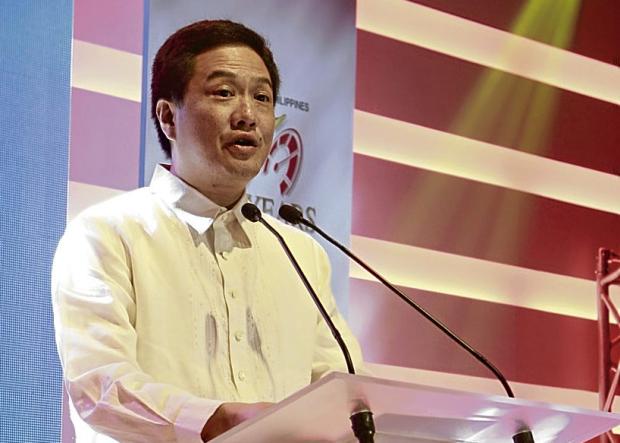 The country’s economic managers may be wrong again in their prediction of oil prices for 2019, former House Deputy Speaker Erin Tañada said on Wednesday.

Tañada emphasized that the same government officials who had mistakenly predicted monthly inflation rates said that oil prices for January 2019 would not be as high as it was in 2018.

[When they said their projection was that the price wouldn’t go up, they were wrong. They can be wrong again now.]

[They said inflation would’t rise. Now they’re being called to task for saying that inflation won’t rise. What are they saying? Wow, it’s wrong. They could be wrong again this time.]

On Tuesday, President Rodrigo Duterte approved during a Cabinet meeting the second round of excise taxes for oil products, as mandated by the Tax Reform for Acceleration and Inflation (TRAIN) Act.

Budget Secretary Benjamin Diokno said this move was based on predictions that world crude prices would further go down in 2019.

Inflation for August reached 6.4 percent — the highest in nine years. That was surpassed by a staggering 6.7 percent in September. Both figures are way above government estimates.

Oil prices have gone down steadily since peaking at around P60 for gasoline and P50 for diesel, prompting the Land Transportation Franchising and Regulatory Board (LTFRB) to bring back the minimum fare for jeepneys in Metro Manila to P9.

Despite the recent strings of oil price rollbacks, Tañada said that this was not enough reason to continue with the implementation of excise taxes.

[I don’t want to use the justification that just because the price of oil has gone down then we can again raise excise taxes. It’s important for them to study the projections they’re making more closely and longer, because we all know what problem we had in 2018.]

The senatorial candidate also asked the government to provide a safety net for the poor and widen the coverage of the cash assistance, especially since minimum wage earners did not benefit from the income tax exemption — because they were exempted from it to begin with.

[Let’s expand the coverage of the conditional cash transfers because, as we all know, not all people have benefited from the lower income tax.]

[So many did not benefit from it, especially in the provinces, like Quezon, where they’re all relying on coconuts. The price of coconuts now is really down. It has reached P4 per kilogram. This is what they’re experiencing in rural areas now — they’re hurt by excise taxes.] /atm