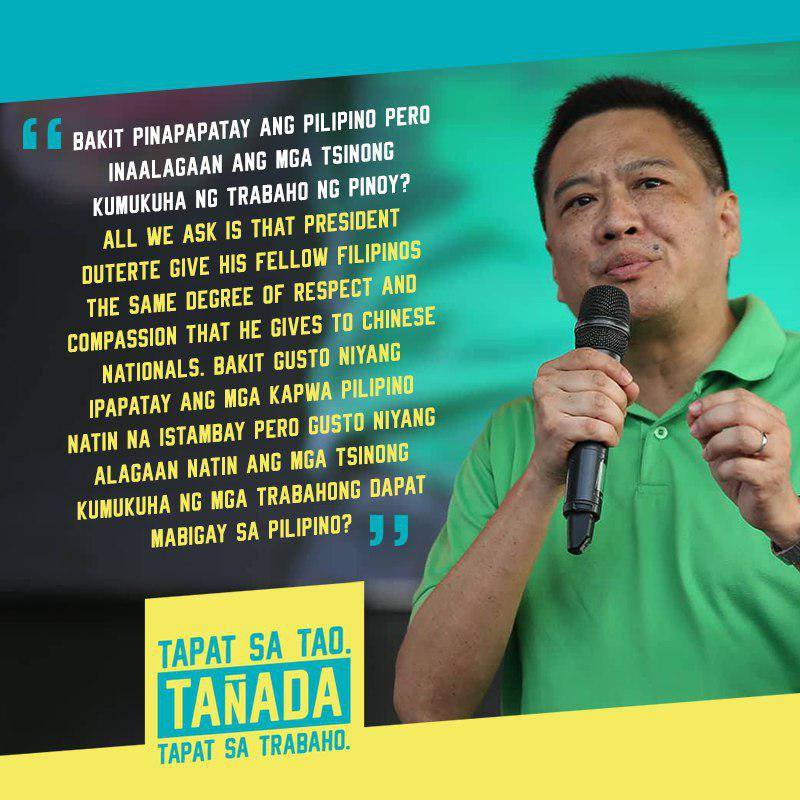 This was the statement of Deputy Speaker Lorenzo "Erin" Tañada on the announcement of President Rodrigo Duterte, forming Duterte Death Squads (DDS) that would be deployed to transport terminals, eateries and other public places to kill “istambay” who are tagged as potential communist rebels.

The former legislator from Quezon and is now running for the senate questions the summary execution of citizens and even crime suspects without due process. “We can already see the poor communities being the targets of these squads,” he added.

According to Tañada, about three million Chinese nationals were reportedly allowed entry in the country from January 2016 to May 2018 and it is still not clear how many of them were allowed to work. He has questioned the possibility that they have overtaken the posts that should be for Filipinos even as 9.8 million Filipino adults were reported without a job in the third quarter survey of Social Weather Station (SWS) this year.