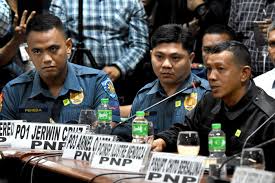 “No bad deed will be forever hidden in darkness.”

This was former Deputy Speaker Erin Tañada’s comment on the guilty verdict on the three policemen who killed 17-year old Delos Santos in an anti-illegal drug operation in August 2017.

“It is a warning shot against those who take legal shortcuts. There will always be a day of reckoning for those who follow illegal orders,” Tañada said in a statement on Thursday.

“No bad deed will be forever hidden in darkness. The dawn of justice will come to those who perished in the night,” he added.

All three were sentenced to reclusion perpetua without eligibility of parole.

“May this court decision reverse all justifications for summary executions and propensity to just kill anybody who will be found violating the law,” Tañada said.